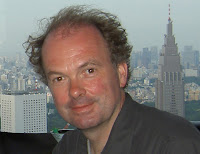 In the first of our interviews with the contributors to the Special Section on Paul Ricoeur (TCS 27.5), Simon Dawes interviews Steve Hedley Clark, who edited and introduces the section.

Simon Dawes: Could you tell us a little about Ricoeur and your interest in his work?

Steve Hedley Clark: My original background is literary, in romantic poetry, and I first became interested in Ricoeur for his analyses of myth and symbol which I found helpful for approaching Blake’s prophetic books. From there, I became interested in various debates arising from deconstruction and postmodernism, centering on the model of text, and its relation to psychoanalysis, structuralism, hermeneutics, and narratology. Although Ricoeur himself generally abstained from the theory wars of the 70s and 80s, he covers the same terrain in a way I found more helpful, both more systematic and more rigorous than many of the other high-profile figures (Barthes, Derrida, Foucault, Lacan and so on)

SD: What was the rationale for the Special Section, and could you give us a taster of its contents?

SHC: The study I wrote in 1990 focused very much on Ricoeur after his linguistic turn. I had read through the earlier existential and phenomenological writings, and social and political commentary, but did not deal with them in detail. Similarly, I bracketed the explicitly theological work, on the grounds that it presupposed a religious commitment that I personally did not share. My sense then was that the oeuvre was more or less complete, so I left it for several years. When I invited him over to London in 1997, I was somewhat taken aback that he was engaged in completely new work, not just on memory and forgetfulness, which is in many ways continuous with Time and Narrative, but also a very detailed engagement with law in both theoretical and practical terms. The new phase of his work obviously reconnected with many of the earliest problematics, and also moved much more clearly into the domain of ethics and politics. Ricoeur remained impressively, almost startingly productive, and simply trying to stay up with him took a lot of tracking. After his death, there was obviously a pause, then an almost continuous international round of commemorations, many of which have now appeared as volumes. Most of these were retrospects over the better-known aspects of his work; I was more interested in dealing with the later writings as a distinct phase. The essays in this issue engage with what I regard as the major issues of this period: Ricoeur’s preface to Arendt’s ‘the Human Condition’ may be seen as a key transition back to the realm of politics and history; and the theme of hospitality to the stranger goes right back to the existential ethic of disponsibilité / availability, and it is an example of the way Ricoeur continually reworks his early phenomenological thought in new contexts, here, in his ‘Being a Stranger’, with very definite and specific implications for European Union policy on refugees, economic migrants, etc (and in complete contrast with recent initiatives such as Sarkozy’s expulsion of the Roma. In the other articles in the section, Lisa Jones develops the implications of the model of narrative identity, particularly some of the paradoxes of anticipation and retrospection; Adam Piette situates Ricoeur’s work as not only diagnostic but also symptomatic of a generation of French intellectuals who lived through Vichy; and Alison Scott-Baumann focuses on the implications of the translation ethics for issues of tolerance, inclusion and new forms of European identity.

Steve Hedley Clark is visiting professor at the Graduate School of Humanities and Sociology, University of Tokyo, Japan. He has published on issues of critical theory, postcolonial studies, and national identity and is the author of Paul Ricoeur (Routledge, 1990) and Travel-Writing and Empire (ZED, 1999). [email: shc100@hotmail.com]

Simon Dawes is Editor of the TCS Website, and Editorial Assistant to Theory, Culture & Society and Body & Society

To read our TCS Blog Exclusive, ‘How to Read Ricoeur: A Guide Through Ricoeur’s Key Texts’ by Alison Scott-Baumann, go here