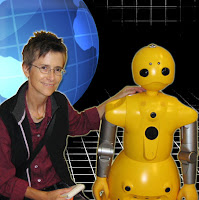 Tomoko Tamari (Managing Editor of Body & Society) talks to Jennifer Robertson about the posthuman, eugenics and robotics, and about gender and national identity in Japan.

TT: You mention that the robot scientists tend to take the faces and body shapes of robots from themselves or people around them in a commonsense way. You gave an example of the case of robot scientist Ishiguro’s ‘gynoids’ and pointed out that his female robot has a face which was constructed by drawing on the average young Japanese female visage. Thus the female robot face he produced can be seen as ‘a topographical map of and for a national ethnic identity.’ Could you say a little about the implications for Japan if it becomes a robotics society with humanoid robots successfully integrated into existing social institutions, such as the family, education and business?

JR: To properly answer this great question would require a new article, so suffice it to say for now that, as I have written (see my 2007 article in Critical Asian Studies on “Robo sapiens japanicus”), I see Japan as a kind of cyber Olduvai Gorge, where new types of human/new types of robot are emerging—in the sense of a hitherto unprecedented and welcome merging of flesh and machine. The Japanese have a very flexible notion of “family” in the sense of historically privileging talent and competence over biology where household succession is concerned, and thus sons and daughters were often adopted if one’s own (biological) offspring were perceived as less than capable managers or caretakers. Thus, theoretically, intelligent, autonomous humanoid robots could even become househeads in the future. Already (in Japan and Korea too) they are employed as babysitters, teachers and receptionists. Moreover, humanoid robots (in addition to industrial ones) are promoted as a viable way of making (“troublesome”) replacement migration less or even unnecessary, thus reinforcing the pernicious (and mythological) ideology of Japanese ethnic homogeneity. Many pundits favor a future more affluent and egalitarian (in terms of access to amenities) society characterized by a smaller, more uniform, and more controllable human population over one comprised of millions of diverse immigrants. So, “nationalism” is very much part of the picture of the roboticization of social institutions in Japan.

TT: Do you know of any cases of robots being constructed with faces of minorities – such as Ainu or Okinawaian-type Japanese faces? Has this question been raised or discussed in Japan, by the scientists/engineers, media or public?

JR: The question presumes phenotypic differences among Japanese, including Ainu, Okinawans, Koreans, Chinese, and others whose presence makes Japan an ethnically diverse population. Apart from individuals, especially outwardly visible in Okinawa, whose parents are phenotypically different (for example, the children of Anglo- or African-American GI fathers and local mothers, as represented positively in the Okinawan comicbook series, Hibiscus Hotel) there are no phenotypic differences among the vast majority of Japanese nationals. To underscore this fact, let me offer the example of Sanrio, the maker/distributor of Hello Kitty, who brought out an “ethnic” line of the mouthless feline distinguished by clothing alone. So, to answer your question, no, phenotype (in an ethnic, racial sense) is not a variable considered (thus far) by roboticists, who are more invested in gender and, with the exception of Geminoid HI-1 (Ishiguro Hiroshi’s doppelganger), generic “Japanese” faces. Personal robo-proxies will likely be created in the future in which case they would resemble a given person’s features, ethnic and otherwise.

TT: Following on from this question, how far do you think robots will end up broadening or reproducing Japanese national identity? Although Japan is seen as a technologically advanced society, your research suggests that Japanese robotic scientists and developers still retain a conventional idea of female gender. While the implications of gender may remain a major ‘unthought’ for many scientists and engineers, could you also argue that this concern is overwritten by their broader interest in ‘the human’ in general? Do they display a greater philosophical concern with the human – the question, ‘what is a human being’?

JR: There is no question at this time that roboticists are reproducing a conventional ethnic-national identity and accompanying gender roles, especially those whose creations are intended to perform as if they were humans in environments made by and for humans. (Tiny, somewhat cartoony entertainment robots are in a different category, although many, like FT, reinforce a sex-gender binary.) Roboticists almost uniformly claim that it is their interest in the question, “what is a human being,” that motivates their creation of robots, however counterintuitive that may seem to non-roboticists. In fact, the intelligent, autonomous child biomemetic robot, CB2, created on the basis of a wealth of data on child development, is being used to study child development!! Doubtless, the use of humanoids helps to circumvent certain bioethical and even legal issues involved in experimenting on humans—and Japan has a lurid wartime history of such practices (as in the case of the infamous Unit 731).

TT: A related question. What light, then, do you think developing technologies such as robotics can help throw on the philosophical question of what it is to be human?

JR: I find it intriguing, philosophically, that some human beings are (dare I say, narcissistically) obsessed with creating synthetic life; the biotechnological possibilities for this today (witness Craig Venter’s lab-synthesized bacterium) far exceed the eugenics programs (of selective reproduction and elimination) implemented in the 20th century. True, the human body poses a multifaceted challenge to a host of researchers and inventors, and new industries are being spun off in the process, from the creation of biosynthetic skin and naturalistic prostheses, to less invasive surgical procedures, to “smart” automobiles, to name but a few. However, I would hope that some of this amazing research is channeled in directions that will alleviate the obscene disparities among humans living today, all of whom could, if humans had applied their collective wills, be at least fed, clothed, and sheltered and free from terror in every guise.

TT: You have been working on Japan for a number of years now and have carried out a good deal of significant research. In your previous writings you have investigated Japanese biopolitics in the interwar years and focused on the role of eugenics. Is there any connection you could make between this theme and your recent interest in robotics?

JR: Briefly, I see my work on robotics as an exploration of what I call “eugenic cybernetics,” or the application of robot technologies to enhance the physical and cognitive abilities of humans. Japanese society, in this sense, is a proving ground for the emergence of posthumanism, or the reconciliation and integration of humans and machines. One can literally see this development today with the increasing visibility of humanoid robots and wearable robot suits, the latter which help to counteract the effects of aging or to compensate for physical disabilities.

TT: Could you say a little about how you became involved in Japanese Studies and what features of Japanese social and cultural life continue to make Japan an interesting academic field for you? How do you deal with the academic and public pressures to exoticize Japan? And what are your plans for further research on Japan?

JR: I spent 10 years of my childhood (until my early teens) in Japan (the Tokyo suburbs); my artist parents went there in the mid-fifties to study Japanese printmaking techniques. I have lived in Japan for over 20 years altogether, and spend at least one month there every year. (I also work in/on Israel and have worked in/on Sri Lanka in the past.) My original career plan was to become an art restorationist of Asian art—thus my BA in History of Art—but my interest shifted to the social production of art and artifacts for which anthropology (and historical anthropology) seemed best suited. I earned my PhD in Anthropology from Cornell University in 1985. I have written extensively about Japan on a very wide range of topics and themes and refer interested readers to my website where a number of my articles are available as pdfs. One of my self-proclaimed missions as a scholar of Japan has been to mainstream Japanese Studies in the discipline and academy. I publish most of my work outside of Japan-specific journals in order to demonstrate that Japan is a highly salient site for the exploration of new developments of every kind and for the formulation of new hypotheses and theories about human life, society and culture. As I always say to friends and colleagues, if you want to see what’s coming next (to the U.S.) look at what’s happening now in Japan! My next big research project involves ethnographic research in a suburban city in Tokyo Prefecture that explores the interface of robotics and everyday life in real time (i.e., outside of the laboratory and robo-expos). 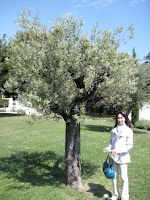 Dr. Tomoko Tamari is Managing Editor of Body & Society and book review coordinator for Theory Culture & Society and Body & Society. Her PhD thesis is on consumer culture and women in . Her interests include consumer culture, visual culture, space and architecture and food culture.  She is currently working on two main areas: the relationship between animation and human perception; domestic living space and architecture design.

Jennifer Robertson is Professor of Anthropology and the History of Art, University of Michigan. Among her books are Native and Newcomer: Making and Remaking a Japanese City (University of California Press, 1991); Takarazuka: Sexual Politics and Popular Culture in Modern Japan (University of California Press, 1998); ed., Same-Sex Cultures and Sexualities: An Anthropological Reader (Blackwell, 2004); and ed., A Companion to the Anthropology of Japan (Blackwell, 2005). Robertson is presently completing a book on cultures of Japanese colonialism, eugenic modernity, and humanoid robots.