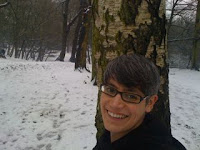 In the third of a series of interviews with contributors to the TCS Special Issue on Changing Climates, Simon Dawes interviews Kathryn Yusoff about polar bears, archives and the hybrid nature of climate change

Simon Dawes: Your article examines the polar bear as an example of a ‘star species’, one that is used to document the current and future state of the environment. To what extent do you think the polar bear can be considered an ‘archive’?

Kathryn Yusoff: My use of the term “archive” as a concept is obviously reworking the term, but in what I hope is an interesting way, which highlights how non-humans are entwined in the neoliberal economies at both the micro level as biological repositories for wastes and at the macro level in terms of living archives of the histories of environmental change. In a sense, we are all “archives” of environmental change, indebted in all sorts of complicated ways to the histories of encounter and practices that have borne us into the world and constituted our capacities.

I have recently been looking at prehistorical art made at the last glacial maximum, and reading about prehistory and climate change, and it strikes me that we hold within our make-up many extinction events and as well as exuberances of life. These archives of deep history are biologically part of our becoming human, in the same way that we are now increasingly a part of the possibility for other creatures becoming (or not). The point of thinking with polar bears was that here is a highly visible icon of global environmental change, and yet while there was a massive proliferation of these figures pre-Copenhagen, there was an invisibility of these creatures as anything other than ciphers for simplistic narrations of climate change (which did as much to misinform publics as they did to engage them). Much like Philip Pullman’s polar bear, Ifor Raknison in Northern Lights that wants a human dæmon, we seemed to want polar bears as dæmons to work out the dynamics of loss. What concerns me is the poverty with which we continually render non-humans as these vulnerable, sad creatures that need us to rescue them, rather than attend to the already complicated, interwoven histories that we already have with these creatures, which often suggest that rescue is not necessarily a thoughtful line of approach.

Thinking about a polar bear as a biophysical archive of industrial practices demands that we acknowledge the hybridity and responsibility of our nature-cultural relations, rather than reinstate the renderings of wild nature/wilderness under threat awaiting rescue. This seems an obvious point to make, given the amount of recent work in this area from posthumanist/STS (Science and Technology Studies) scholars, but I think it is sometimes useful to return to these familiar, banal figures, such as the polar bear, and realise that they are more strange and interesting than would first seem. Even the most overworked figure can reveal an amazing plurality of worlds that suggest other paths of engagement. While the arctic is often rendered as a place apart from western industrialisation, it is important to remember that the effect of those industrial practices have made the arctic into an atmospheric toilet, where all kinds of pollutants literally dump down, making a highly contaminated food chain that poisons both polar bears and Inuit women alike. It is these kinds of human-non-human inter-relatings that need our attention. Polar bear research literally, in the case of mercury poisoning, provided a way into understanding the hitherto unknown condition in Inuit women’s health (who, like polar bears, eat seal meat). If we start from a position of co-inhabitation rather than isolation (artefactual creatures in the archive or zoo) we are in a better position to learn about living in less destructive ways with other creatures. If we don’t make other creatures into repositories (or archives) for our narratives, we also have a better chance of recognising something beyond our limited imagination of and for them. At the same time, archiving is techne of the future in all sorts of complicated ways, so we might want to expand the doing and making of archives to encompass more exuberant artefacts that acknowledge both pleasure and violence. 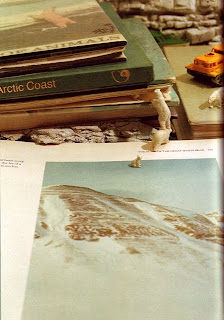 Kathryn Yusoff is Lecturer in Human (and Non-human) Geography, and Director of the MA in Climate Change at the University of Exeter. She is currently working on a book project, The Political Aesthetics of Climate Change, which is concerned with how we understand dynamic earth processes and environmental change through aesthetic experience, and how these experiences configure our political relations to human and non-human worlds. (email: K.Yusoff@exeter.ac.uk]
Simon Dawes is the Editorial Assistant for Theory, Culture & Society and Body & Society, and the Content Editor of the TCS Website
The article ‘Biopolitical Economies and the Political Aesthetics of Climate Change’ by Kathryn Yusoff, and the rest of the TCS Special Issue on Changing Climates (TCS 27.2/3, May 2010, edited by Bronislaw Szerszynski and John Urry) is available here
The issue will be available for free until 31st July 2010.
To find out more about climate change, browse our Changing Climates extra material page.