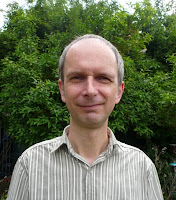 In the first of a series of interviews with contributors to the TCS Special Issue on Changing Climates, Simon Dawes interviews the issue co-editor Bron Szerszynski about the relationship between social theory and climate science.

Simon Dawes: What contribution do you think social theory can make to climate change science and policy, and what can it do to actually help offset climate change?

Bron Szerszynski: There are at least two ways to answer that question. Taking it at face value would involve treating it as an instrumental question – how social theory might be able to make itself useful in the common task of mitigating and/or adapting to climate change. And of course social theory can be immensely helpful here, in offering sophisticated understandings of the nature of society and its material dimensions, of history and progress, of socio-technical change and so on. For example, the articles in the collection show how theoretical reflection about capitalism, (anti)reflexivity, socio-metabolic analysis and so on can help us to understand the social dynamics that are driving anthropogenic climate change and are making a meaningful response so difficult to achieve.

But I think Changing Climates also shows how social theory can also do something quite different, and I think quite remarkable, in that it can be used to defamiliarise our dominant ways of thinking about climate change, and to offer radically different perspectives. In this, of course, it shares some characteristics with the arts, which at their best can also disrupt familiar ways of seeing and open us up to new perceptions and new insights. I think that it’s in those moments that the real possibility of meaningful action lies. Of course, the highly politicised nature of climate change policy means that it’s hard to get this kind of intellectual and cultural labour to be given credence in policy debates, because its truth value is so different from that of the ‘hard sciences’. All too often both the social sciences and the arts are relegated to under-labourer roles – as sources of information about human behaviour on the one hand, as more effective forms of communication on the other – leaving the natural sciences as the place where all the important action happens. I hope this collection can help to alter that balance.

SD: How new is climate change as a focus of inquiry for social scientists, and why do you think economics got there before the social theorists?

BS: It’s certainly true that climate change hasn’t had the attention it deserves from social scientists, and I don’t think there’s one single reason for that. There is of course the perennial problem of social-scientific anti-naturalism, an intellectual habit that goes back to the disciplinary roots of sociology and tends to downplay the influence of nature on society. In environmental sociology and science studies there were a few people who started looking seriously at climate change early on – Simon Shackley, Brian Wynne, Steve Rayner and Sonja Boehmer-Christiansen, for example. But generally even both of those sociological subdisciplines have had their own rather different preoccupations. The science of climate change is very complex, of course, but that hasn’t stopped sociologists studying other equally challenging areas.

One might say that economists have had a certain advantage because of the specific way that climate science has evolved, with the emergence of the Global Climate Model as the technique of choice. The use of powerful computers to try to model the behaviour of massively complex, far-from-equilibrium systems is something that doesn’t have many obvious resonance points in the social sciences, other than in macroeconomics. The Stern Review took basically ‘as read’ the contemporary neoliberal global economic situation, in which nation states generally do not own or command large parts of the economy, but instead have a narrow range of policy levers to try to influence flows of goods and labour, and the behaviour of transnational economic actors and citizens. If one doesn’t question the inevitability of this too much, then economic instruments can seem the obvious way to go to try to avoid the catastrophic climate change predicted by the modellers. I think social theory can get us to ask more interesting questions.

SD: In your own article in the issue, you approach climate change by problematising the fundamental relationship between humans and nature through the metaphor of the ‘weather’. To do this, you draw on Derrida, Bernard Stiegler and biosemiotics. Could you briefly explain the significance of biosemiotics to our understanding of climate change? And how would you convince an economist, natural scientist or politician that this was worthwhile?

BS: I’d been wanting for some time to engage with biosemiotics, and this seemed a perfect opportunity. Its premise, that life is a semiotic phenomenon, is so simple but has immense ramifications. It challenges any simple dualism between the inside and outside of living beings and systems, between nature and culture. It means you can’t simply understand living things in material terms, as subject to mechanical laws and operating according to cause and effect. Combine this with a Derridean insistence on différance, dissemination and so on and I think you have an extremely powerful way to think about ecological relations and dynamics.

Much of the science of how natural processes are changing given the altering climate is consistent with this way of thinking. But more important for me was the fact that I wanted to see how you could approach weather and by extension climate change as a biotic phenomenon – as all about life, but no less about culture and meaning for that. That gave me a way of exploring the idea that climate crisis is also a kind of existential crisis for the human being.

My article wasn’t written to be easily inserted into the business-as-usual of climate change policymaking. If it were, it would have failed, because the article’s starting point is the idea that we are rushing from climate diagnosis to climate cure unaware of how we have become trapped into certain narrow ways of thinking about the meaning of climate change. I wanted to jam the wheels of the conceptual machine that’s driving that headlong rush – not because I don’t think climate change is a significant political challenge, but because I think it’s far too significant a political moment to be left to the naïve realist registers of ‘sound science’.

Bronislaw Szerszynski is Senior Lecturer in the Department of Sociology at Lancaster University, UK, where he also works in the Centre for the Study of Environmental Change (CSEC) and the ESRC Centre for the Economic and Social Aspects of Genomics (Cesagen). His research is primarily concerned with developing new understandings of the changing relations between humans, environment and technology, drawing on social theory, qualitative sociological research, philosophy and theology. He is currently directing a research programme on ‘experimentality’ for Lancaster University’s Institute for Advanced Studies. He is author of Nature, Technology and the Sacred (Blackwell, 2005), and co-editor of Risk, Environment and Modernity (Sage/TCS, 1996), Re-Ordering Nature: Theology, Society and the New Genetics (T&T Clark, 2003) and Nature Performed: Environment, Culture and Performance (Blackwell, 2003).

Simon Dawes is the Editorial Assistant for Theory, Culture & Society and Body & Society

You can access Bron’s article, ‘Reading and Writing the Weather: Climate Technics and the Moment of Responsibility’ and the rest of the Special Issue on Changing Climates, edited by Bronislaw Szerszynski and John Urry, here