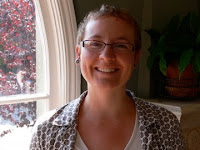 To supplement her article on images and justice in Argentina, Vikki has supplied us with a list of links to key organizations in Argentina, which we’ve reproduced at the end of this interview. Her interview with Judith Butler is the latest in a long line of articles we’ve published on and by Butler, and we’ll be making the archive freely available on the TCS Website very soon.

Simon Dawes: Your article ‘Fernando’s Photograph: The Bio-Politics of Aparición in Contemporary Argentina’ is in the current issue of TCS (27.4, July 2010). Could you tell us a little about the article and your current research in Argentina?

Vikki Bell: Certainly. This is an article that has arisen form my research in Argentina, where I have been travelling back and forth since 2006. It concerns a photograph of one of the disappeared and explores how that image reappears after its subject, Fernando Brodsky, was kidnapped and killed by the military in 1979. The photograph ‘tells’ an amazing story, having been taken in and smuggled out of ESMA, one of the most notorious detention camps in Buenos Aires by another inmate, Victor Basterra; it then appeared as evidence in the trials of the military leaders, before being shown in an art exhibition by Fernando’s brother the photographer Marcelo Brodsky. I ask what work the photograph does? What does it call for? I want to argue that if the ‘politics of memory’ concerns Justice, it has also to be understood in relation to contemporary issues of poverty and social exclusion, questions that can be brought together I suggest through an expanded notion of bio-politics. 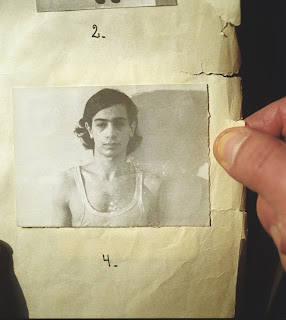 On my most recent trip to Argentina I spent some time observing the giving of witness testimonies at the ‘Tribunal Oral en lo Criminal Federal Jucio Oral Causas de Derecho Humanos’, where witness testimonies are being gathered for trials that have recently become possible once again (after the amnesty laws were declared unconstitutional). There are a large number of cases and witnesses. During the ‘mega causa’ that concerns ESMA Fernando’s mother showed this same image as part of her testimony; she showed it to emphasise the change between her son before and after he was kidnapped. So Fernando has appeared again at the site of law since I finished the article. Indeed, the negatives smuggled out by Basterra – there were many – have been referred to several times as they have become in the words of one witness ‘famous’ as they have circulated in public. That circulation has for example enabled witnesses to identify their torturers who they knew only by sight or by voice. This became a bone of contention in one of the witness testimonies I observed, since the possibility of giving a name to the face of one’s captor implicates them. This work is part of a larger research project that looks at images and (so-called ‘transitional’) justice in Argentina as they appear differently, in different spaces, prompting differing responses.

SD: You also recently conducted an interview with Judith Butler, which we published in TCS earlier this year (27.1, Jan 2010). (TCS has a substantial archive of articles on and by Butler, including some of your own, which we will be making freely available on the website very soon.) To what extent would you say that Butler was a source of inspiration for you?

VB: Judith Butler has been a source of inspiration to many feminist theorists of my generation (and younger and older too!); she is also very generous with her time and comments to other scholars. I admire her a great deal. This was the second interview I did with her for TCS – the first was a decade ago now – and it is a very long and wide-ranging interview. My teaching at Goldsmiths circles many of the themes that Judith writes about and I explore some similar questions in my own writing so I feel we are on a similar theoretical terrain, especially insofar as the questions of the ethical constitution of the subject is explored, as in The Psychic Life of Power. The interview ranges from Foucault, to Levinas, to Arendt, to questions of ‘ontology’.

Vikki Bell is Professor of Sociology at Goldsmiths College, University of London. Her latest book is entitled Culture and Performance: The Challenge of Ethics, Politics and Feminist Theory (Berg, 2007). Previously she published Feminist Imagination: Genealogies in Feminist Theory (Sage, 1999) and Interrogating Incest: Foucault, Feminism and the Law (Routledge, 1993) and edited Performativity and Belonging (Sage, 1999). She has been on the editorial board of Theory, Culture & Society since 1996, and is the editor of the TCS Annual Review 2010 (forthcoming).
Simon Dawes is the Editor of the TCS Website and Editorial Assistant for Theory, Culture & Society and Body & Society
You can read Vikki’s article ‘Fernando’s Photograph: The Bio-Politics of Aparición in Contemporary Argentina’ (TCS vol 27, issue 4) here, and ‘New Scenes of Vulnerability, Agency and Plurality: An Interview with Judith Butler’ (TCS vol 27, issue 1) here.
The freely available archive of articles on and by Judith Butler will be available soon.

Some links to key organizations in Argentina are listed here:

Abuelas de Plaza de Mayo
The organization of the grandmothers of the disappeared.