Read more to find out about transplants of visible body parts and invisible organs, the ambiguity of ‘brain death’, and the relationship between anti-allopathic medicine and bodily integrity.

Tomoko Tamari: You illustrated, in your paper, two different cases of hand transplant to suggest that the experience of bodily wholeness does not simply bring a successful re-identification of subjectivity. What strikes me most is the story of Hallam who was unhappy with his hand transplant and eventually asked for an amputation. Also the story of Chatelier’s wife who had a hard time living with the new hands of her husband and eventually left him.

Through these two stories of rejection of the new hands, you underline the haptic, affective dimension of a person’s body image as an important part of the process of bodily re-identification. You explained that Hallam failed to identify with his new hand and was unable to accept it as a part of his body. In effect, he was happier to live without his lost hand as the new transplanted hand felt ‘foreign’ to his body. Could he successfully re-identify himself as a person who had lost a body part, and no longer had a complete body? Or maybe he felt he had a ‘better body’ as a single-handed man than a man with ‘a strange hand’? Could you say more about this process of re-identification after amputation?

Jenny Slatman & Guy Widdershoven: We are not sure whether the term “better body” is adequate here. “Better” seems to refer to the body’s functioning. What we have argued, however, is that, initially, Hallam’s donor hand functioned very well. In that regard, his body with donor hand was “better” than his body without this new hand. We have argued that despite the well-functioning of the donor hand Hallam was not able to identify with it, because the new hand did not suit him. It did not fit into his life story. In short, re-identification after amputation, not only requires immunological and functional adaptation, but also a positive valuation of the new body part. One needs to be able to confirm “this hand is mine – it is me”.

TT: Drawing on the story of Chatelier’s wife, you argue that ‘the process of (re)-identification is not merely subjective, but rather inter-subjective’; you showed that bodily integrity is a complex notion. There can be bodily integrity within bodies. Those body parts which are ‘outside’ and visible could especially help to create the haptic, affective dimension of one’s body image, as opposed to invisible body parts such as organs. Hands are also important parts of the body through their capacity to express emotions and generate intimacy through touch.

Could you say a little more about the different senses of embodiment and re-identification between visible body parts and invisible ones in terms of their relationality and intersubjectivity?

JS & GW: As we have argued, the sense of vision is first of all crucial for one’s body image. Following the psychoanalytic idea of the mirror stage, we state that one’s ego is formed by means of identification with one’s mirror image, one’s visible “outside” or exterior. However, this process of identification is not simply a subjective, individual process. Indeed, it is exactly through one’s “outside” that one relates to others. One shares one’s “mirror image” with others, and therefore identification is a relational process. In the case of the hand transplants, it also implies an affective process, especially so because hands are literally (and physically) shared with others. We believe that, in particular, transplantations of visible body parts require an explicit process of re-identification. Transplantation of inner organs which are not visible might also conjure up some specific thoughts about one’s own body, but as long as such a change in organs is not seen or (physically) felt in one’s body, a process of re-identification is not necessary.

TT: In East Asia, generally speaking, there is the assumption that physical and psychic problems should be understood as a sign of how the body is trying to keep its ‘balance’. This is a more holistic approach which suggests you should not try to get rid of a problem directly, even sometimes let things co-exist. An imperfect body could be acceptable. This might be considered as the opposite to the rational and normative medical view of the body in the West.

If we can critically consider ‘another normative aspect of bodily integrity,’ as you suggest in your paper, in which the body no longer needs to be intact, then, do you have any thoughts on how you might see this process in terms of ‘anti’-allopathic medicine?

JS & GW: The “balance-model of the body”, which also dominated pre-modern (pre-Cartesian) Western medicine, might indeed imply a different notion of bodily integrity. Modern Western medicine urgently calls for a moral principle to protect each other’s bodies, especially so because it considers the body no longer as a “whole” but as a “dissectable machine”. The medical technology of a hand transplant is the result of this Cartesian view on the body. It might therefore be tempting to argue that anti-allopathic medicine that considers the body as a whole pays more respect to one’s bodily integrity. However, a non-allopathic physician who advises a patient to just accept the loss of a body part instead of trying to “fix” his or her body does not necessarily respect this person’s bodily integrity. For, if this person is not able to accept this loss and desires a physical and functional recompletion of his or her body – despite the prevailing medical norms in his or her culture – the sole advice to accept the loss will not restore bodily wholeness. The question of bodily integrity should not simply be determined by medical views and discourses, neither allopathic nor non-allopathic. What we have argued is that this question should be settled while interpreting the patient’s experience and narrative.

TT: Some countries do not carry out organ/body transplants, for example Japan. Although the medical research into organ transplantation started at a similar time to the West, the number of organ transplants is relatively low. There has been the use of heart, liver, lung, kidney, pancreas and intestine from brain-dead donors since the Japanese Organ Transplant Law of 1997. However, the definition of human death in Japan usually does not refer to brain death (like most of the other countries), but cardiac arrest (cessation of breathing, dilation of the pupils [mydriasis]). The category of brain death is only used under conditions for organ transplantation and it is estimated this amounts to less than 1% of all deaths.

Brain death is still not widely accepted and the meaning of human death is a serious issue in Japan. Contrary to the Cartesian view, the Japanese tend to believe that body and soul/mind make up a unit and these are inseparable from the nature of the self. Thus, brain death is not easily acknowledged as a benchmark of human death in Japan. Brain death does not always mean the death of the soul. It does not mean the death of the human. Hence, taking out ‘living’ organs from brain dead donors could be a difficult practice for the donors and his/her family to come to terms with. Also, transplanting living organs from ‘the dead’ (if brain death is acknowledged as human death) could also be a difficult practice for recipients to accept.

It can be said that the definition or concept of death can still be different from culture to culture, due to the influence of traditional philosophical and religious ideas. There could also be a variety of beliefs within the same culture. Following this, could you say a little about how far the different meanings of death affect transplants in negative and positive ways?

JS & GW: Although we did not address the question of death in our paper, we believe that it is crucial for the debate on organ and tissue donation (especially the debate on donor registration). From a religious point of view (notably Christian and Islamic), it is sometimes argued that one should respect the bodily integrity of the dead body in order to return one’s body intact to one’s Creator. This view obviously hampers organ and tissue donation. However, in practice, it is very often overruled by the very same religions’ call for charity. Donating one’s organs and body parts to a fellow-man is an elevated act of charity. We believe therefore that the question of bodily integrity of the dead body is not that crucial (anymore) in a religious person’s decision to be a donor or not. The question of death, by contrast, seems to be of more importance. Many (religious) Westerners are reluctant to register as potential organ donors since they have troubles with the definition of death in terms of “brain death”. Brain death, indeed, is a fairly new idea of being dead, which does not correspond to most people’s idea of death. In our paper we have not explored what it means for a recipient to receive an organ or body part from a dead person. We were only interested in how the recipient deals with another person’s body parts. 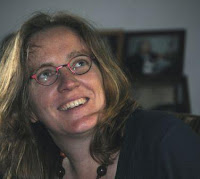 Guy Widdershoven is Professor of Medical Philosophy and Ethics and head of the Department of Medical Humanities, EMGO Institute for Health and Care Research, VU University Medical Center, Amsterdam. His research focuses on philosophical hermeneutics and ethics of chronic care. [email: g.widdershoven@vumc.nl] 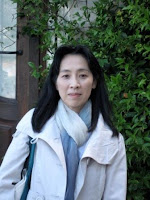 Dr. Tomoko Tamari is Managing Editor of Body & Society and book review coordinator for Theory Culture & Society and Body & Society. Her PhD thesis is on consumer culture and women in Japan. Her interests include consumer culture, visual culture, space and architecture and food culture. She is currently working on two main areas: the relationship between animation and human perception; domestic living space and architecture design.